NY Times: "A Bouquet and a Space Heater" 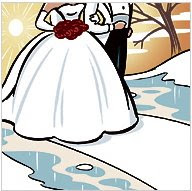 Amid my 'March Madness' I somehow missed this interesting New York Times article on the trend towards wedding bookings spreading throughout the year instead of being so focused on the more 'traditional' seasons of spring, summer and fall.
I pulled out some interesting excerpts below but you can read the whole piece here.
A Bouquet and a Space Heater
by Kathryn Shattuck for the New York Times
>>"TRYING to analyze the seasonal trends in weddings is a little like trying to gauge how rapidly the polar ice caps are melting. But as temperatures rise, wedding vendors and couples are beginning to look toward that once-frosty patch between November and March with all the optimism once saved for spring."
>>Bookings from November to March at the Foundry have nearly tripled since 2005, said Allison Du Val, the site’s managing director. “People seem to be more willing to wing it,” she said of the winter-month increase. “Some people enjoy the winter, and a lot of people want to avoid a really sticky August.”
>>The Abigail Kirsch Group operates several New York-area party spaces, including one at the New York Botanical Garden in the Bronx, two at Chelsea Piers in Manhattan and one at Stage 6 at the Steiner Studios in Brooklyn. Of the group, only the Botanical Garden saw a rise in winter bookings this year, said Dawn Cimoch, the group’s corporate marketing manager. But all have tripled winter bookings for 2009, she said, adding that she thinks that is because of the confidence inspired by this winter’s temperate turn.

>>There’s less price elasticity on the Manhattan side of the East River, said Marcy Blum, a wedding and party planner. She quoted studies showing that ceremonies cost more or less the same, regardless of the season.

“Tenting an entire space can be prohibitively expensive,” she said. “With the warmer weather, you can just put up a canopy or a marquee or something less all-encompassing and space heaters, and people will be perfectly comfortable.”

>>Off-peak does translate into savings at Oheka Castle in Huntington, N.Y. Winter weddings in this palatial Long Island estate, which was once owned by the financier Otto Hermann Kahn, have been booking more quickly the last two years — and not because people able to spend $80,000 (average for the site) up to several hundred thousand dollars on a wedding necessarily need to save $15,000 or $20,000.

“The weather has been a lot more cooperative,” said Kelly Melius, president and director of sales and marketing for the estate. Even with snow on the ground and fireplaces roaring, the estate’s outdoor spaces are increasingly being opened up in the winter, she said, recalling a spring-like day in December 2006 when a couple decided to move their vows and reception outside.

“I almost hate to say it,” Ms. Melius said, sighing. “The weather may be bad for the environment, but it’s very good for business.”
I am curious - has anyone else noticed this trend in markets outside of NYC???
Posted by WEDDEX at 12:57 AM

We have a weird wedding season in Arizona - we tend to be opposite of the rest of the country, with our prime wedding season being October through May (because of our hotter-than-hades summers), but I have noticed more people getting married in the summer here (inside, of course!) as well as in our normal winter months.

Could not read the entire article. 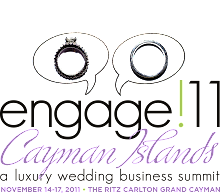 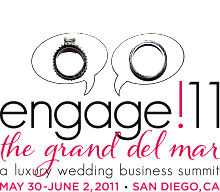 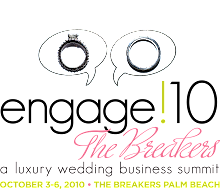